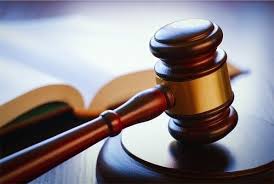 The complainant was Brandon Beussink, “by and through his parent and next partner,” Nadean Beussink, a lesser at Woodland High School in Marble Hill, Missouri. At the start of February 1998, Beussink made an individual website on the Internet, Beussink’s own one of a kind PC and no school workplaces or resources. There he made non-defamatory yet particularly fundamental remarks of administrators and their exercises at Woodland High School, using foul vernacular “to pass on his appraisal as for the educators, the first and the school’s own particular greeting page.”

An understudy who had gotten to the site in the midst of school hours, with the point of getting Beussink in a terrible position, demonstrated it to a person from Woodland’s work force. The criticism foment the educator, and along these lines, the preeminent of the school was instructed. In the midst of fourth period on the day the crucial was instructed, Brandon gotten a five-day suspension, refering to the ‘threatening nature’ of Beussink’s site as the strategy for thinking. In the midst of seventh time of that day, Buessink’s suspension was extended from 5 to 10 days. Because of the school’s unapproved nonattendance technique, and in conjunction with Beussink’s previous 8.5 long stretches of unexcused nonappearances, his 10-day suspension realized his assessments being dropped by 8.5 survey levels.

Beussink passed on his case to the U.S. District court, who figured out how to help him. The overseeing judge, Rodney W. Sippel, said that the suspension was unlawful, and cracked Beussink’s first change rights. Sippel chose that the auxiliary school specialists did not show that the suspension “was caused by something more than a unimportant need to avoid the trouble and disagreeableness that constantly run with an unsavory point of view.” The school was encouraged from using the ten-day suspension in applying its non-appearance way to deal with Beussink’s assessments; it was similarly denied to restrict Beussink’s using his home PC to repost his site page.